Of all the aqueducts on the UK's Inland Waterways network, this is probably the big daddy of them all.


I knew very little of the New Junction Canal till we turned onto it from the Stainforth and Keadby and suddenly, there it was. A huge great lump of an aqueduct carrying the commercial sized NJC over the River Don. The canal it carries is so large and so deep that the immense cassion goes pretty much down to the river's surface, leaving the water to flow under it like a sump. 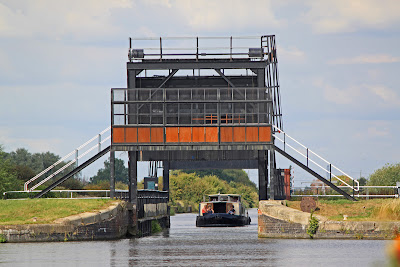 But its not only its size which is impressive. Each end is guarded with an immense guillotine gate which ads enormously to its grandeur as you approach it from the water. 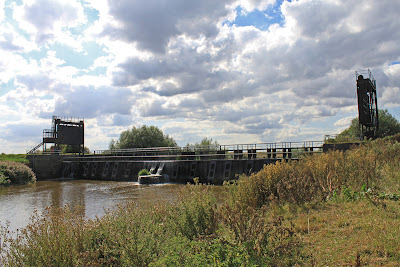 Don Aqueduct with its belly hanging into the waters below

The aqueduct also serves as an overspill, with surplus water cascading over its sides into the Don below. The sides of the aqueduct bear testimony to the weights involved, sagging down bewteen the supports. 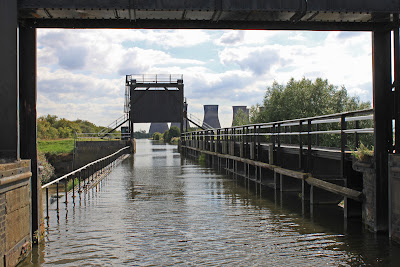 Don Aqueduct with its undulating edge.