Of the Neath and Tennant Canal's three aqueducts, the Aberbulais is the only one which stands in it's unreconstructed form. 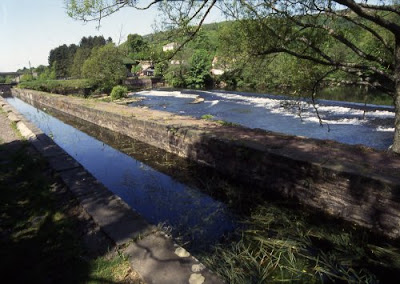 Aberdulais Aqueduct (Photo: JimShead.Com)
Sadly, the structure is unstable and currently not fit for navigation and will therefore need to be replaced of repaired if boats are to cross the River Neath and enter the northern end of the Tennant canal en route to Swansea Docks.

Just to the south of Anson Junction the little used Walsall Canal crosses the Wolverhampton to Walsall railway line. 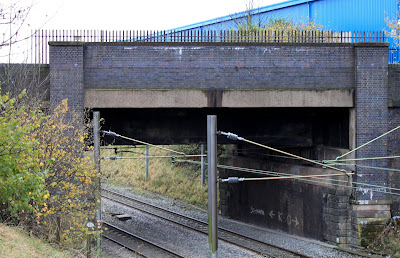 This crossing is achieved by a very railway looking bridge / aqueduct. Gaining access to railway aqueducts is tricky and I have only been able to capture a view from the west.

Not much clearance for the power cables.

The diminutive Anson Branch Canal (abandoned) contains not one aqueduct but two. In addition to the old railway aqueduct the Rive Rea runs through a brick tunnel, slightly to the south. 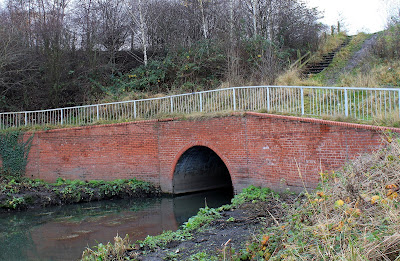 The River Rea is prone to flash flooding, hence the very visible high water mark, which was reached the day before our visit. 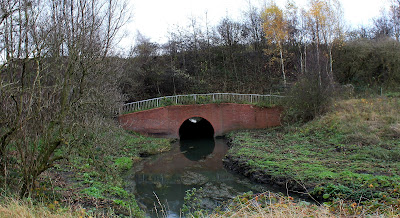 New photos taken by the Captain in November 2009. 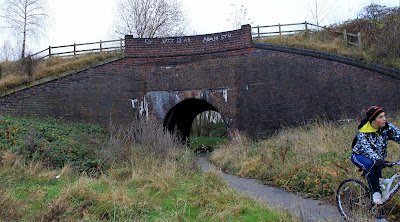 This structure remains in water and is located on the southern section of the 1.5 mile Anson Branch stub, which linked to the Walsall Canal and served collieries at Reedswood (now a park) and also limestone quarries near Bentley. 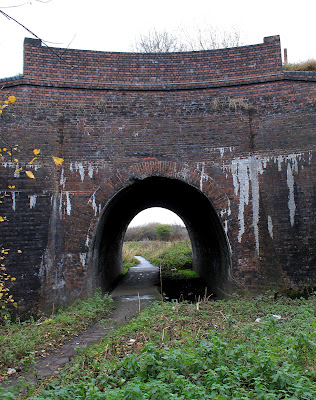 The arched structure was built of Staffordshire blue bricks in 1830, and now carries the canal over Morarchs Way, a walking / cycle path which links to Halesowen.

The northern section of the Anson Branch was severed by the construction of Junction 10 of the M6 in the early 1960's but can still be identified, albeit in a very weeded up state.

My thanks for Mr Truth who spotted the remains of the arm in his wanderings around Walsall.