This aqueduct, constructed by John Rennie Snr, is considered to be the finest in the North west. 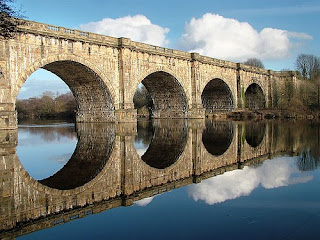 NB - Please see the comment below. This rather beautiful photo of the Lune aqueduct is from NRT whose Flickr pages are something to behold. His (or her) photography is simply beautiful.

The aqueduct, with its five classical stone arches, carries the Lancaster Canal over the River Lune using a rusticated form of masonry. The piers were built in a hurry using special form of concrete incorporating Italian pozzolana powder, which allowed them to be finished before the 1794 /5 winter floods arrived.

The structure was, as ever, over budget at £48,000 - an overrun which played a large part in the plans to connect the canal to Preston being abandoned.
Posted by Andy Tidy at 20:12 1 comment:

Bollington Aqueduct
I spotted a very nice photo of the Bollington Aqueduct on Debdale's recent trip in the area and, with Adam's kind permission, have added it to my collection.
This 60 foot high structure is one of two Telford build in the town, the other one carrying the Maccie over a river. 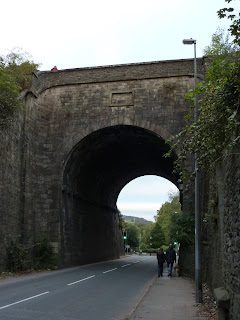 If you look closely you will see someone peeping over the parapet photographing the photographer! Don't you just love the excessively tall streetlight.
Posted by Andy Tidy at 22:54 2 comments:

The thing about collecting aqueducts is the way that, one attuned to the word, they seem to crop up all over the place. I indulged myself by buying a copy of Waterways World (September 09) last weekend and was fascinated by Michael Coward's article on the above canal.

This ill fated waterway was as hopelessly over optimistic in its aspirations as it was underfunded. What was supposed to be a 45 mile waterway between Bradford on Avon to Poole on the south coast, with an 11 mile branch from Frome actually became an isolated 8 mile length, built around 1800, suspended in 1803 and given up for dead in 1825.

This waterway was therefore a spectacular failure, but it did leave some interesting remains in the form of two aqueducts : 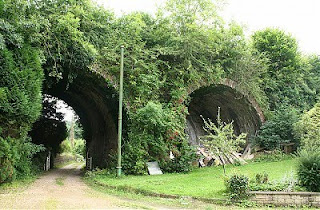 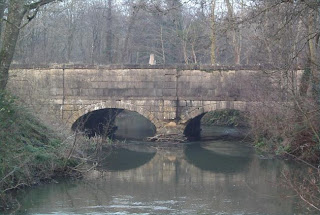 Murty Aqueduct - photo courtesy of P Dindorp
The second aqueduct is further east, at Hapsford, is a much lower crossing over the River Mells known as Murtry Aqueduct. The canal may have been an economic failure but its legacy is a testimony to the enthusiasm and vision of the local business community.
Posted by Andy Tidy at 22:54 No comments:

An outing on the boat wouldn’t be complete without adding at least one new aqueduct to the collection. The southern end of the Shropshire union strikes off across the top end of the River Penk catchment basin, crossing numerous small tributaries, which trickle under the embankments via an assortment of tunnels and culverts. It’s this sort of terrain that causes trouble for ardent aqueduct hunters. Which of these passageways does one class as an aqueduct and which are mere culverts and therefore to be disregarded? My rule of thumb is that of the passageway is too small to be theoretically shuffled or canoed through, it isn’t a real aqueduct. 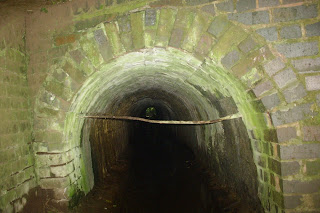 Horses Brook Aqueduct, north Brewood
The passage of Horses Brook under the embankment just north of Countrywide Cruisers is right on the cusp of acceptability onto this site, with its diminutive archway being a mere 4 ft high. I think that this tunnel could be negotiated if one had a will to do so, a point to which generations of Brewood youth could probably attest. However, with its sagging centre section and the sonorous drip, drip, drip of water leaking from the canal above ensured that my investigation remained completely external.

Not that an external investigation was easy. First there were the stinging nettles and then a very slippery bank with my descent only slowed by desperate grabs at the overhanging trees. Getting back up wasn’t a whole lot better! The archway is therefore included as proof of my perseverance, even if it could be argued that “it is only a culvert”. 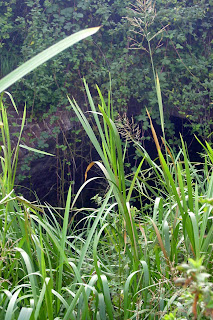 Not content with the northerly aqueduct we also took a walk past the more southerly stream, an unnamed but more substantial watercourse. This stream is accommodated by a substantial brick arch, similar in proportions to a typical canal bridge and probably created around the same former. The growth of seasonal vegetation prevented a descent photograph, with its outline more apparent to the naked eye. I will try and get a better shot of this structure during the winter months.


This short, lock free 4.5 mile branch canal is a side arm of the Ashton Canal in Manchester, making it's exit from the mainline at Clayton Junction and included two aqueducts. Only the aqueduct at Gorton remains, now carrying a footpath over the railway line. 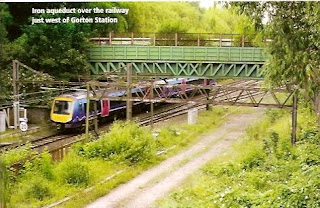 The Gorton aqueduct was originally constructed in stone in 1797 but was later replaced in 1906 with a steel structure spanning a newly widened railway, and remains in situ today. The second aqueduct also crossed a railway and was located mid way along the arm, a structure which has been demolished. 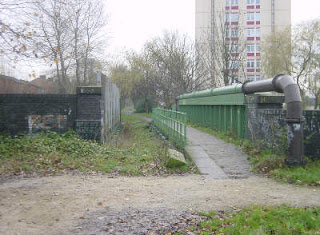 The line of the canal remains remarkably intact and whilst meaningful trade ceased in the 1930's, it was dredged in the 1950's before finally being abandoned in 1962, and infilled over the following decade. Given it's lack of scenic beauty it is remarkable that an active restoration society is hard at work seeking to reinstate this waterway. Maybe the gentrification of the Ashton Canal has reached a point where this side arm would be an attractive option, providing a safe mooring can be found at the far end.