Aqueduct at Aqueduct
March 2012
I always thought is was rather crass of a new band to issue their first single with the same title and the band name - not that I cant think of an example off the top of my head... 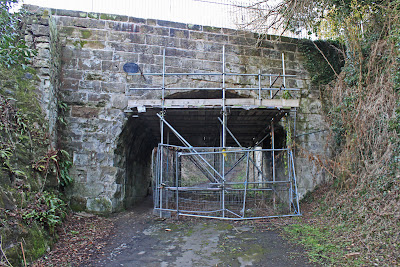 Well here we find an aqueduct in a place called Aqueduct, although it has to be said that the structure came first and later gave its rather imaginative name to the hamlet around it. Aqueduct is where the Horsehay Arm of the Shropshire Canal crossed the old Holyhead Road to the south of what is today known as Telford. 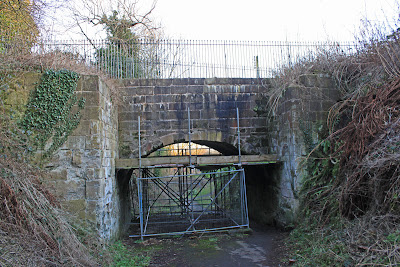 The canal was dewatered way back in 1850, giving way to a network of railways which supported the growth of the Coalbrookdale Coalfield and the associated iron industry.
Its an unremarkable structure but one which has stood the test of time and formed an essential link in a unique network of tub boat canals. 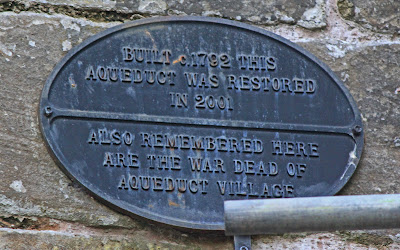 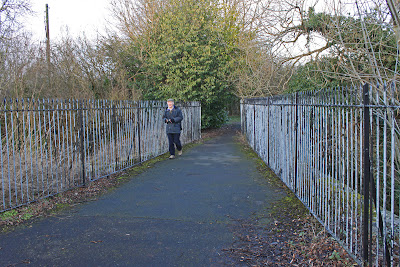